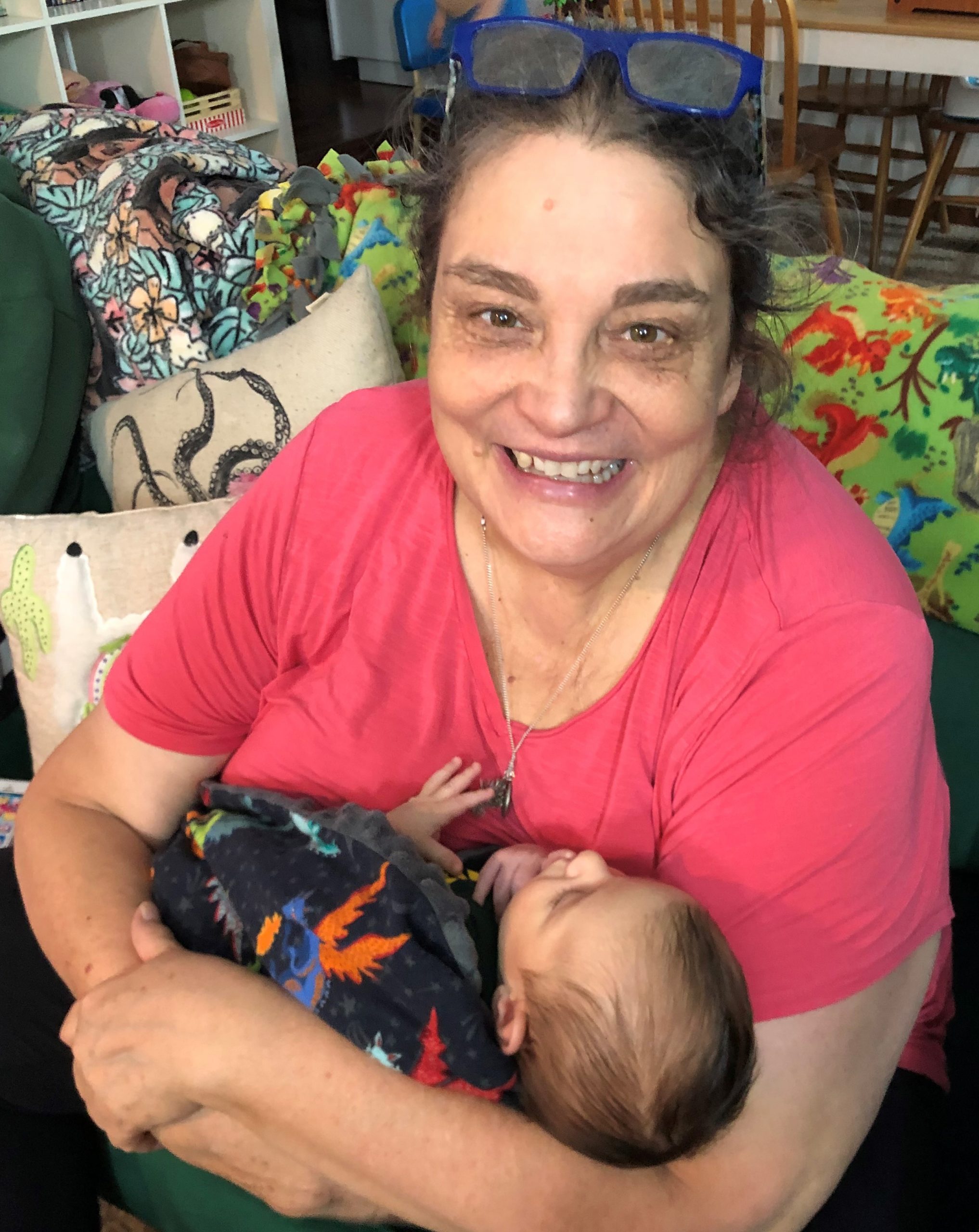 I’ve always had a sense of God as long as I can remember. I grew up in a home where we went to church occasionally and on Christmas and Easter. When my mom was diagnosed with breast cancer, my fear of death drove me to look more closely at what I believed. After my mother’s death, I moved with my husband and two young daughters to Arizona. They had a women’s Bible study on the cul-de-sac where we lived and I was at home with two small children, away from my family and still grieving my mom, so I went. I learned about Jesus, His love and sacrifice for my salvation. I knew that I had found the one true God!

My family made many moves and my now three daughters and I attended many different Protestant churches. In each I learned about many of God’s attributes. I walked through painful experiences, clinging to what I knew of Jesus. I look back on that time and can now see some of the passions that I was weighed down with at that time. (I know I still have many more.) Some of the teaching really fed into my pride, fear, and anger. But even so I knew that God was real, loving, and true.

After moving to Beaverton, I attended a Reformed doctrine church in which they taught the teachings of John Calvin. They called his teachings “The Doctrines of Grace,” which taught that the Holy Spirit leads the ones God has chosen to Him and everyone who isn’t chosen is damned. Somehow this was a proof of God’s sovereignty. The affect this teaching had on me and the people around me was awful, from huge pride at having been chosen, to extreme fear of not being chosen. None of this teaching had anything of what I had experienced of God’s love!

When I realized what this teaching was doing, I had to look at what theology I really believed. I had no doubts of Jesus but wondered if there were firm, real truths about Him. I had gone to many Protestant denominations, but there was nothing that had the fullness of God, so I started at the Catholic Church, where I learned about the saints and Mary. At the same time, my daughter Beth and my daughter Sarah and her husband Clayton were investigating the Orthodox Church. I visited and met with Father Theodore who talked with me and introduced me to some books that were really helpful. One book in particular helped me: Thirsting for God in a Land of Shallow Wells by Matthew Gallatin. Mr. Gallatin shared his journey to Orthodoxy which took him on a path similar to mine, trying many Protestant churches. I learned there were universal truths and a church that had been here since the birth of Christianity.

This journey since joining the Orthodox Church has not been easy, from unlearning things I thought were true to realizing that I would never completely arrive at being a “good Christian” but would just continue to fall down and get up, asking forgiveness and continuing to seek. It was a big change to realize God is infinitely bigger than I thought He was—another example of the huge amount of pride that I still need to battle, while trying to remember how wonderfully merciful He is. It is a blessing to walk this path with others who seek truth, knowing we have beautiful saints praying for us and a merciful Savior whose love never changes.

Please forgive me, my brothers, and sisters, and have a blessed Lent!

We have begun the spiritual journey to Bethlehem, to the cave where our Lord Jesus Christ was born. ... [ END_OF_DOCUMENT_TOKEN_TO_BE_REPLACED ]

What will the community of St. John look like in 25 years? It’s hard to imagine—just as it would ... [ END_OF_DOCUMENT_TOKEN_TO_BE_REPLACED ]

My wife Tammy says that through our life together, I have never surprised her until the day she ... [ END_OF_DOCUMENT_TOKEN_TO_BE_REPLACED ]