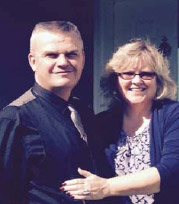 I have gone to church from the time I was born. As a young kid, the first church I remember going to was the Assembly of God Church. We changed over to a Baptist Church when I was about 7 years old. Most of my life I attended various Baptist churches covering 8 different sects of the Baptist denomination. I was for the most part Baptist most of my life.

As I relate my journey, it is important to remember I am only speaking for myself; and the problems and inconsistencies I saw in the protestant faith are from my point of view. I am not criticizing Protestantism or those in the faith; I’m just sharing my journey. During most of my life, I hungered for something deeper in church. I would approach the pastors and leading men asking how could I know more about God, the Bible and our faith. Their answers were always the same: attend more Bible studies and read more books–in essence, learn more. So, I deduced that knowledge was the path to God, and knowing about God was how you grew in your faith. I began reading books about God and learning information about theology. My growth consisted of head knowledge. I later learned in seminary that scholastics is the foundation of Protestantism. This means God can be known by learning information and using logic.

Reading the Bible has always excited me and talking to people about God is a passion. Because of this, I was told by many that I should go into the ministry. Based on their feedback, I went to Bible College to become a pastor. I was very excited, because I thought that this was where I would finally find the relationship with God I always wanted. The fi rst year or so was great. I was learning and growing. As I learned more, I also saw how much division there was in the different denominations. My enthusiasm began to diminish as I began to be introduced to the multiple views on almost every subject in the Protestant church. There were multiple views on salvation, spiritual gifts, and women in ministry just to name a few. I knew the Bible was true and inspired, but I was not sure how there could be so many different interpretations of one passage. I wondered if the Holy Spirit had abandoned the church and left it in the hands of men. I was becoming discouraged with theology and the church. Still, I knew I needed to be in a church somewhere. I was resolved that church would always be a chore and that my longing to know God would probably never be fulfilled.

I started to ask questions at school and church about what I saw as inconsistencies. For example, there were fi ve churches in a two mile radius around our church. I knew we would never share communion together, because although Bible based, the different churches could not agree on various issues of theology. This seemed inconsistent with the teaching that the church is one and the body of Christ. I also wondered why the church of the New Testament abandoned almost everything in the Old Testament, especially the way they worshiped. I began to reevaluate my entire belief system. It seemed to me that God had built a system of worship for Israel only to make it obsolete when Christ died on the cross. This was my experience, but in my heart, it didn’t seem right.

Then came the cross roads in my life. I had been talking to a friend at school who had converted to Orthodoxy a few years back. Orthodoxy intrigued me, but it was still too catholic. As a protestant I was always taught to be suspicious of the Catholic Church and to view them as a religion steeped in empty tradition and questionable doctrine. I viewed the Orthodox Church and an off-shoot of the Catholic Church. Nevertheless, my friend’s explanations seemed to be consistent, and I liked them. Although intrigued, I remained suspicious of this catholic-like church.

One of the classes I was getting ready to take in Seminary was called Patristics (a study of the ancient Fathers of the Church). The professor who taught this class was converting to Orthodoxy. In our second week, we learned about men like Athanasius, Cyril of Alexandria, Basil the Great and Origin. These men from antiquity were responsible for our understanding of the Trinity. I was amazed that I had never been taught about these men in all my years in church. They were responsible for defining one of the greatest foundation of the church. I went to the pastor of our church and suggested that we do a class on the Patristic Fathers. He said it was a good idea, however, he did not like people in the church reading a lot of the Church Fathers because they could be misled.

Another belief I always had but was starting to question concerned Communion. Is Communion just a symbol, or does it really become Christ’s Body and Blood? Beliefs I once understood as heresy from a Protestant perspective were now being presented by the ancient Fathers in a different light. The Virgin Mary is another example of a shift in my beliefs. The last sermon I preached at our old church was on the Theotokos. I taught that she was the God Bearer, and she should be honored as the most blessed person to ever live. This was a huge doctrinal shift for me. I was beginning to see the rich treasures in the church of the first 1000 years. I did not know it at the time but my slow crawl on the path to Orthodoxy had just changed into an express train.

By the end of that semester I decided to visit an Orthodox church. Wade and I went to a few mid-week liturgies at St. John. Our family then went to the Nativity midnight Liturgy. I did not understand most of the service, but it was beautiful. My thought throughout the service was “This is what worshiping God should be like.” We went to a few more services on regular Sundays, and I knew I would never leave. I was overjoyed; the Holy Spirit was still at work in the Church, and I wanted to be part of it. The Orthodox Church was consistent, and there was a continuity between the Old and New Covenants, between ancient Judaism and the Christian Church. At first, I was cautious and not eager to embrace everything in the Orthodox Church. In the short time I have gone I have learned the richness in the traditions. The Orthodox Church also values knowledge and reason similar to the Protestant Church, but does not see the mind and reason as the highest human faculty. In the Orthodox Church, there are not many views and interpretations of the Bible, and knowledge must be coupled with action that brings us into union with the Holy Trinity. In the Protestant Church it was like I had the knowledge and theories of cars but did not have the skills to build one. Even if you know everything about a car and cannot build one; you still have to walk everywhere. The Orthodox church has shown me the skills to build the car.

Orthodoxy has answered many of my questions, and there are no divisions on doctrine. What the people believed 2000 or 1000 years ago is what we believe now. In the Protestant church divisions sprang up fast from the beginning, and the various interpretations have only grown more numerous over time. I am glad the responsibility of determining my own truth is behind me. The Orthodox Church is rich and beautiful, and I am learning how to know God from the heart; not just know about Him in my head. I know all my questions may not be answered, for God is infinite, but I rest in knowing that the Holy Spirit has given the Orthodox Church the fullness of truth. Most of my life I was hungry, but I was only reading cook books, now I have food to eat.

Since I have started attending Saint John, I have learned so much and my Christian faith has deepened. I often say, as I read the lives of Saints like Anthony or Barsanuphius, that there is more theology in a paragraph then in an entire semester of classes at my Bible College. I am no longer weighed down by past questions and doubts I had about the church or how relevant some of the Bible is for us today. I am elated that I have found Orthodoxy and am no longer adrift in the ocean of division and doubts. Now I am on a ship that is steering the true course; as it has from the beginning. 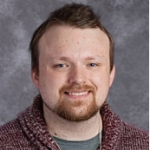 You hear a lot in Orthodoxy about how inquirers have to "come and see”—to experience the Liturgy and ... [ END_OF_DOCUMENT_TOKEN_TO_BE_REPLACED ] 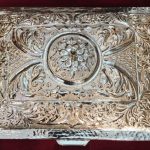 Christ is born! Glorify Him! God has given us His saints as a testament to the extraordinary ... [ END_OF_DOCUMENT_TOKEN_TO_BE_REPLACED ]

When I was asked to write about my journey to Orthodoxy, it was a perfect moment to reflect back on ... [ END_OF_DOCUMENT_TOKEN_TO_BE_REPLACED ]