At the metropolis summer camp in July, I had the opportunity to spend time with dozens of Orthodox youth from across the western states, along with 14 kids from St. John, as they played, worshiped, and learned about the Orthodox Faith together. We visited the neighboring Monastery of the Theotokos, the Life-Giving Spring and celebrated the Liturgy with the nuns.

One of the highlights of the trip was the Paraklesis. On one night, after the youngest kids went to bed, the older kids stayed up so that we could pray the Small Paraklesis to the Theotokos. We filed into the small camp chapel, shoulder to shoulder, with almost no room to move, crowded around an icon of the Panagia (the “All-Holy One,” an affectionate term for the Theotokos). The service began, and in a moment the air was filled with the sound of 60 to 70 teens and a dozen young adults all singing the entire Paraklesis service in unison. It’s hard to describe the experience!

Standing in that small chapel in front of the Panagia with all of these children chanting together and surrounding me, I saw the depth of the treasure which is our Orthodox Faith. Here children were learning to memorize a prayer of supplication which they can carry with them through the storms and trials of life. They saw the Panagia as their mother, and they asked her to intercede for them before her Son, our Lord Jesus Christ.

I have often said that the strength of Orthodoxy is in the number of “tools in the toolbox.” We have so much that assists us in the spiritual life: prayer, communion, repentance, the saints’ lives, confession, fasting, spiritual discipleship, church services, the liturgical seasons, the Church Fathers, and more. One such powerful tool is the prayer we can offer to the God’s mother. [Think of it: God now has a mother because He so humbled Himself that He became human just like us for our salvation!]

As God’s mother, the Panagia has such an incredibly close relationship with her Son. She nursed Him, fed Him, taught Him to talk and to walk, and cared for Him in all the ways that mothers do. That intimacy has never been lost! Jesus Christ, as fully human, has a mother who He loves, to whom He listens, and on behalf of whom He acts within the world. What greater advocate can a person have than the very mother of God?!

At summer camp the kids learned an invaluable tool in the spiritual life: the Paraklesis to the Theotokos. We too can learn this service, so that we may pray and chant it in times of need.

This month we enter the Dormition Fast (August 1-14), during which we will prepare for the great feast of the Dormition of the Theotokos. In preparing for the feast, we will sing the Paraklesis service on most weeknights of the fast. We alternate between the Small Paraklesis (which can be chanted at any time of year) and the Great Paraklesis (which is called “great” for the fact that it’s only chanted in anticipation of the great feast of the Dormition). The service is about 45 minutes long and starts at 6:30 pm each weeknight.

In addition to the Paraklesis, we will also have a new and permanent blessing for the feast of the Dormition: an epitaphios for the Panagia. The epitaphios is the woven cloth icon of the burial. We have an epitaphios of Jesus Christ, which we use on Holy Friday. The epitaphios for the Panagia will, God willing, arrive from Greece in time for the Eve of the Dormition on Wednesday, August 14. On that evening we will have a Vigil for the Dormition, which is a combi-nation of Vespers and Orthros. We will also chant the Lamentations to the Theotokos. This service will begin at 7:00 pm and will last for three to four hours. The celebration of the Dormition of the Theotokos will continue with Divine Liturgy on Thursday, August 15 at 8:30 am.

Make sure to come to these memorable service (or at least part), to celebrate God’s mother, the Panagia! 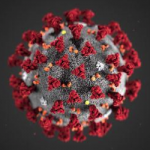 O Virgin, we extol the great grace of your Protection, which you spread out like a bright cloud ... [ END_OF_DOCUMENT_TOKEN_TO_BE_REPLACED ] 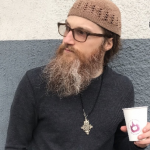 I was raised in a Christian home with my family being in many denominations, primarily Four Square, ... [ END_OF_DOCUMENT_TOKEN_TO_BE_REPLACED ]