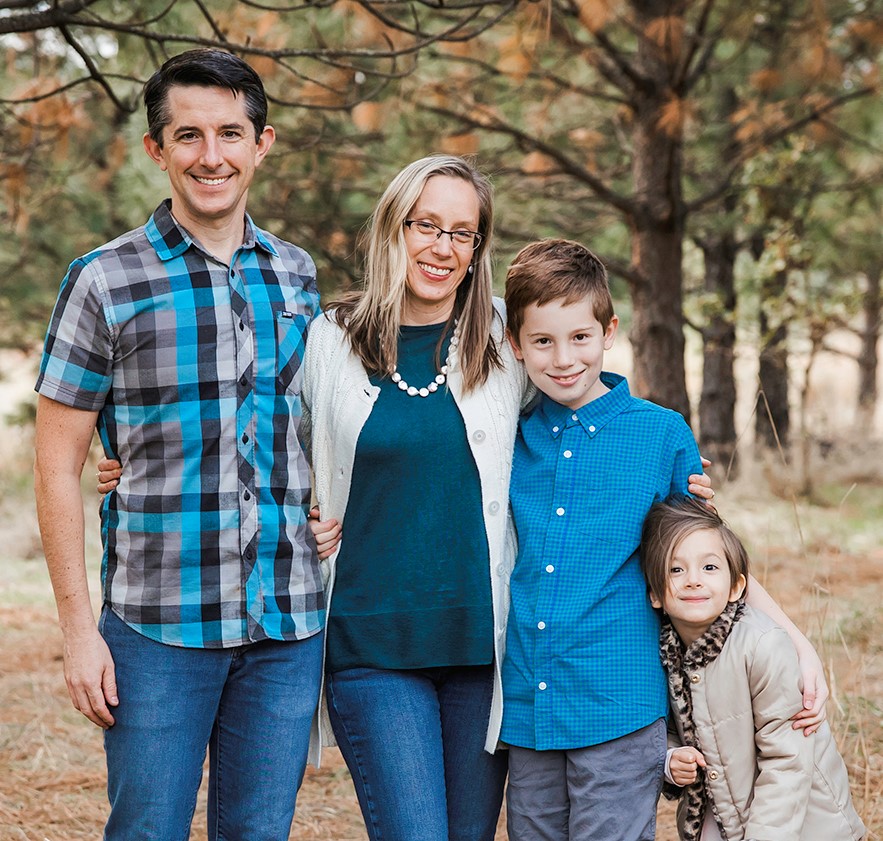 As a baby I was baptized Russian Orthodox. Growing up, my mom would tell me little things about God and Orthodoxy, but we never attended any services. We had a few icons around the house, but very little was said about them.

For elementary school, my brother and I were enrolled in a Catholic school. We attended Catholic mass every week and learned about Catholicism. I remember enjoying the Bible readings and singing hymns. As I got older, I enjoyed hearing sermons. I never participated in any of the sacraments because I was Orthodox, even though I didn’t really know what that meant. I felt like an outsider looking in. Part of me wanted to participate, but I didn’t want to convert to Catholicism. I knew there were differences between Catholics and Orthodox – like the priest got to marry and have children – but my knowledge was very limited.

I remember one Easter my mom decided that we were going to attend a service in San Francisco at one of the Orthodox churches. She was excited. I was pretty young. I remember standing longer than I had ever stood before! There were icons everywhere and it was overwhelmingly beautiful. I recall getting so tired that I ended up falling asleep. My mom got us up so we could hold candles and walk around the church. It was memorable. We got to share in the breakfast after the service and had colored eggs. This experience stood out because it was so isolated. It felt like church was something way over there — it existed but not in my everyday life.

As a young adult I felt a longing for a spiritual life. I tried different churches, but nothing felt quite right. I went to Protestant churches and they all felt wrong. For a while, I believed that my spiritual journey didn’t need a church or community. Years went by. I got married and had my first child.

When Nicholas was born, I had another calling in my heart to go to church. I wanted to get him baptized and join the community. I knew it was important for him to learn about God. When he was 10 months old, I visited St. John the Baptist Greek Orthodox Church and attended a service. I remember Nick seemed so peaceful and happy. I met the priest after the liturgy and he said that I needed to start coming to church regularly. At that time in my life, I didn’t feel that I could go that often and gave up.

Life continued on and the feeling in my heart grew stronger. My daughter was born. I sat down one day and really thought about what would be right for me. I thought broadly about religion and then about traditions and beliefs. I even took an online quiz! After serious contemplation and prayer, I realized that the Orthodox church is my home. I went back to St. John’s.

I talked with Father Matthew several times, attended the What is Orthodoxy classes and read a few books that Father recommended. Everything pointed to the realization that I had rediscovered my home. I’ve had several moments during a service or with another person at church that gave me intense feelings of joy, peace and love.

This past summer during the pandemic, Father baptized my son and daughter. I was so excited to bring them into the church formally. My heart finally feels at peace. I have so much more to learn about Orthodoxy, but I love that I am finally on the right path.

We have begun the spiritual journey to Bethlehem, to the cave where our Lord Jesus Christ was born. ... [ END_OF_DOCUMENT_TOKEN_TO_BE_REPLACED ]

What will the community of St. John look like in 25 years? It’s hard to imagine—just as it would ... [ END_OF_DOCUMENT_TOKEN_TO_BE_REPLACED ]

My wife Tammy says that through our life together, I have never surprised her until the day she ... [ END_OF_DOCUMENT_TOKEN_TO_BE_REPLACED ]