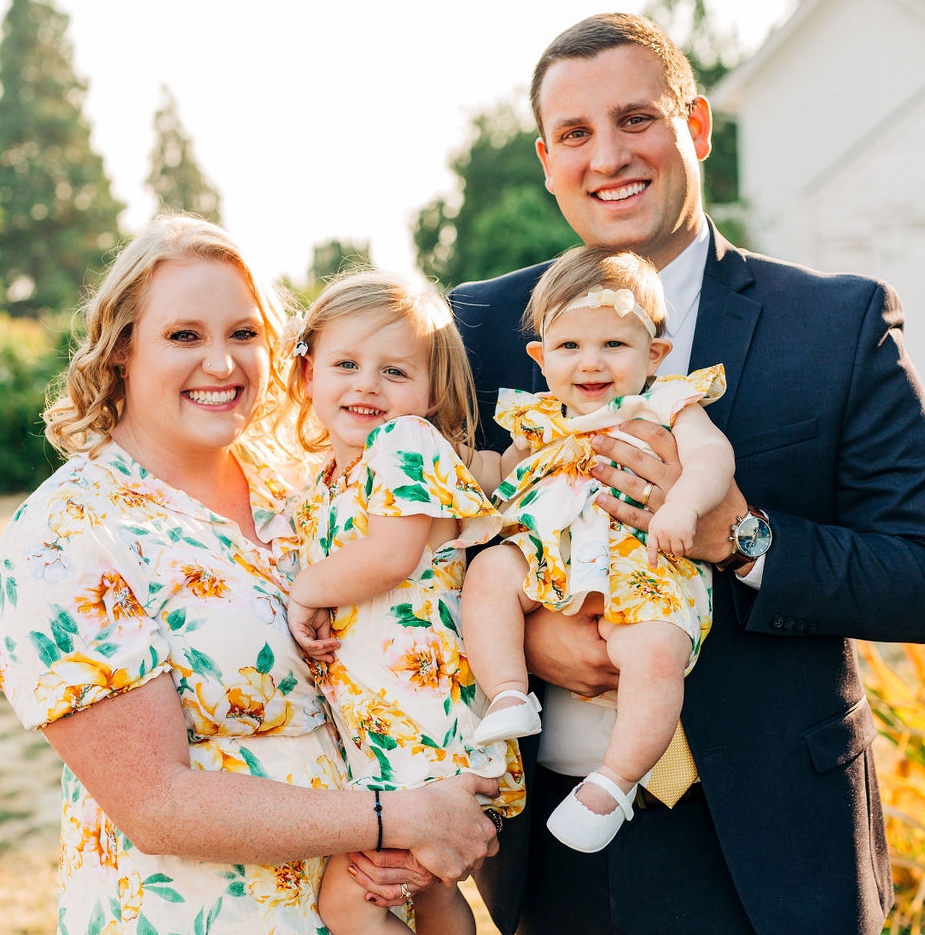 I was raised in a Protestant Christian home by wonderful God-fearing parents (who are now Orthodox too)! Growing up, I attended a non-denominational Bible study where the theology was primarily Baptist. I remember attending church for most of my childhood and enjoyed studying the Bible.

When I was a very young child, I remember praying the “printed prayer.” I distinctly remember feeling like there was still something missing from my understanding of the faith and as I grew older, my feelings also grew to a point of doubt. I asked other believers lots of questions, read a lot, prayed, and tried to make sense of my faith that was slowly changing into a more confused state.
When my wife and I were dating, in high school, we started to attend a Presbyterian church and had many conversations about our faith. We both felt like there was something important that was missing. I would often tell my wife that every time I asked a question, it wasn’t that there were no answers, but rather there was a different answer depending on who I asked. I struggled with the fact that I was being told that I had to be able to articulate my faith when I felt that so much of my faith could not be explained. Furthermore, I felt that a lot of the faith was meant to be a mystery and that it was okay to humbly say, I must have faith that x, y, or z was true even though it seemed impossible.

After my wife and I were married, we began “church shopping” which only made me feel more empty and alone, questioning my faith. It was at this time that my late uncle (who is an Orthodox Christian) and my father would have conversations about Orthodoxy. My father would then engage me in whatever topic they had discussed, and we had great conversations about theology and Orthodox books. I had no clue that Orthodoxy was going to be part of my life sooner rather than later.

My wife met Amanda, a former parishioner of St. John, through work. She invited us to the midnight Liturgy on Christmas Eve 2017. As my wife and I walked through the front doors, it was like entering another world—one which was very familiar and at the same time very alien to me. There were people on the walls, staring at me and standing at attention, surrounding the perimeter of the room. I remember hearing Amanda explaining these were icons and an important part of the church. There was something about the icons that had me staring into their eyes. I felt terrified and at peace all at the same time.

We took our seats and proceeded through the Liturgy which I had trouble following. I remember standing in the middle of the church and feeling uncomfortable yet peaceful. It left me speechless. The icons, the chanting, the vestments, and the funny smelling incense all made my Protestant mind want to run for the doors. Yet my spirit wanted to run towards the altar just to be a little closer to God. I kept telling myself, “This is what heaven must be like.” The ride home was full of conversation and excitement as we felt like God stripped us of all our doubts and insecurities and showed us our new church home. Even after my wife and I were baptized a little over a year later, I am still terrified and peaceful every time we begin Liturgy or any of the amazing services of the Church.

As my Orthodox journey continues, I am eternally grateful to the community of St. John for the loving kindness, hospitality, and welcoming spirits my whole family has experienced over the past years as well as my uncle and father for helping lead me on a spiritual journey I had been seeking since I was a child.

It is a great joy to introduce to you Ioan Gheorghiu, who will, by God’s grace, become our Director ... [ END_OF_DOCUMENT_TOKEN_TO_BE_REPLACED ]

We have begun the spiritual journey to Bethlehem, to the cave where our Lord Jesus Christ was born. ... [ END_OF_DOCUMENT_TOKEN_TO_BE_REPLACED ]

What will the community of St. John look like in 25 years? It’s hard to imagine—just as it would ... [ END_OF_DOCUMENT_TOKEN_TO_BE_REPLACED ]