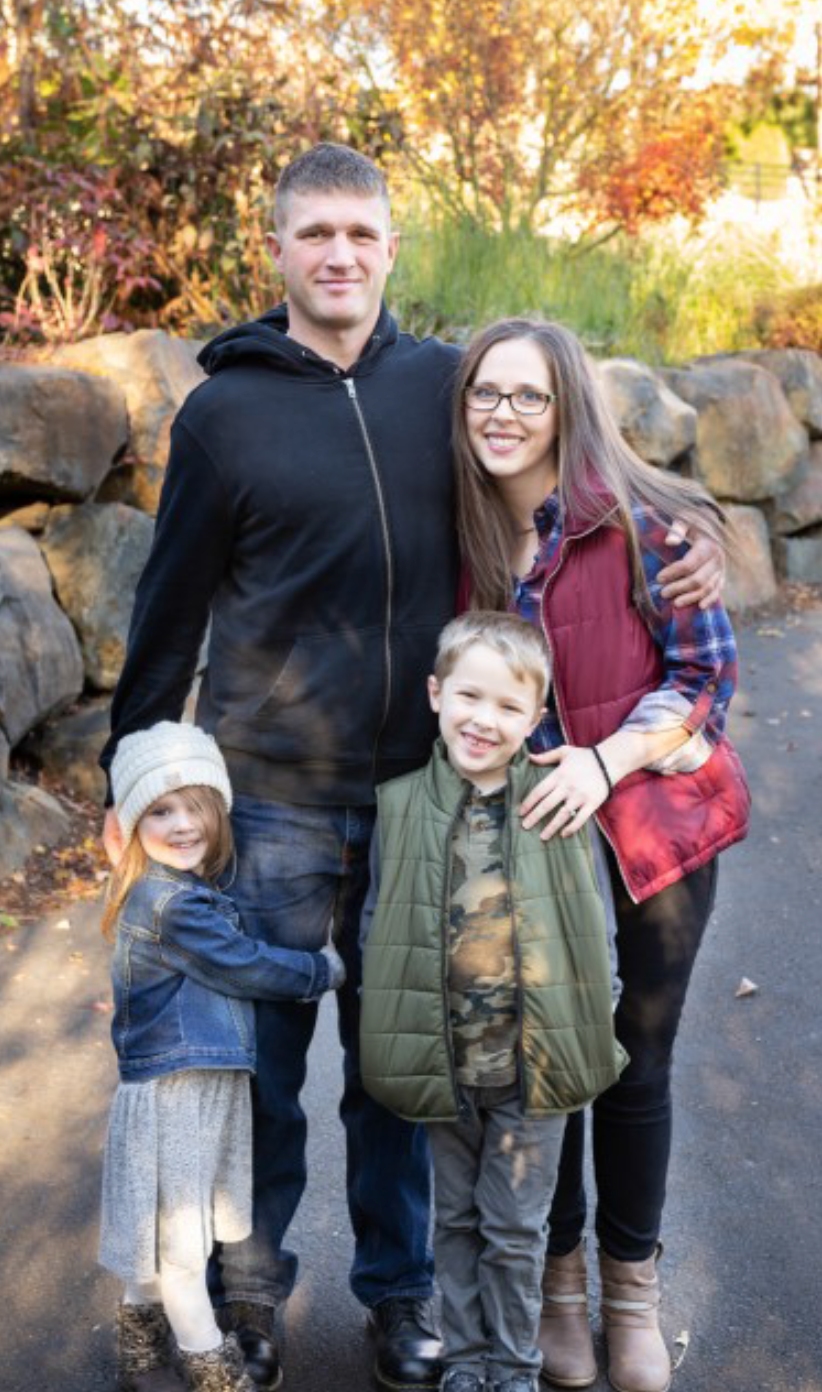 My husband, Chris, and I were both raised in the Protestant Faith: he was raised Baptist and I was raised Lutheran. When we were in high school, we started attending a non-denominational church, where we met and were eventually married. The church was very large, and I was involved in youth ministries and had formed many friendships. I could not see myself ever leaving that church and I was completely content.

Chris began reading the writings of the Ante-Nicene Fathers (the Church Fathers before the Council of Nicaea in 325) and he became convinced that we were not following the full truth of the Church established by Christ. As he was very considerate of my feelings and knew that I hadn’t a clue about any early Church history, he decided to slowly introduce me to liturgical practices and the Early Church. Because I was raised Lutheran in a small church that contained mostly elderly people, my experience with liturgy was tainted to say the least. I had a very negative connotation with the word and assumed that liturgy equates to a dying church.

We eased our way into Orthodoxy by way of the Anglican Church. The church was still Protestant, therefore sharing the same church history that I was comfortable with, and yet held to the earlier liturgical practices in many ways. It was through our few months attending the Anglican Church that I became accustomed to partaking of the Eucharist weekly and the importance that it holds within the Sunday service. After attending that church for a few months I was thirsting for somewhere that I could be gleaning spiritual milk and meat.

Going back to a Baptist church briefly, I realized how much I desired communion. Finally Chris saw a chance to introduce me to the Orthodox Church. He had done much research on the different churches in the area and specifically chose St. John for the large number of families in the church and the medium size for us to grow our family in. After our very first visit to the church I fell in love! I could tangibly feel the presence of God in the service and experienced Him in a completely different way than I was used to.

After two years of attending the church and being catechized, we were baptized with our son Zeke in September of 2012. The years following have been an amazing journey of growth and experience as we learn to live each day for Him and in preparation for partaking in His gifts and promises.

Dear Beloved in Christ, Yesterday we celebrated the great feast of Transfiguration. What a joy to ... [ END_OF_DOCUMENT_TOKEN_TO_BE_REPLACED ]

Dear Beloved in Christ, Today is the feast of Mid-Pentecost, on which we commemorate two events ... [ END_OF_DOCUMENT_TOKEN_TO_BE_REPLACED ]