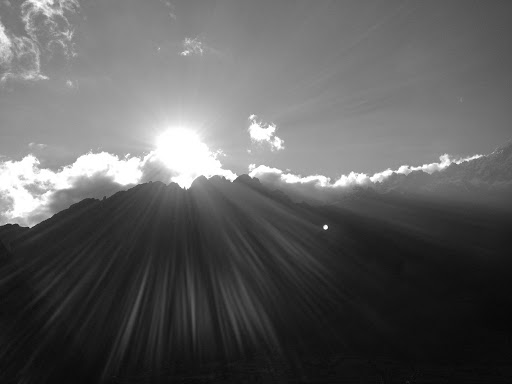 Christ is Risen! Truly He is risen!

Light and darkness. This is a prevalent theme within the Bible. From the beginning, Jesus Christ brought light to a darkened world…

[Jesus] came and dwelt in Capernaum … that it might be fulfilled which was spoken by Isaiah the prophet, saying: “… The people who sat in darkness have seen a great light, and upon those who sat in the region and shadow of death light has dawned.” (Matthew 4:13-16)

When Jesus became incarnate and dwelt among men, His very presence illuminated the people with hope and joy and healing and peace, casting out the darkness of sin and infirmity. This light in the midst of darkness was not limited to Christ Himself, but it shined, by the grace of the Holy Spirit, through His disciples and followers:

“You are the light of the world. A city that is set on a hill cannot be hidden. Nor do they light a lamp and put it under a basket, but on a lampstand, and it gives light to all who are in the house. Let your light so shine before men, that they may see your good works and glorify your Father in heaven.” (Matthew 5:14-16)

As followers of Christ—Christians—we are daily presented with the choice between light and darkness, good works and evil. When we chose the light, we are vivified and strengthened, becoming light-bearers—phosphorescent, in the literal sense of the word (fos means light, fero means to bear or carry).

When we chose darkness, we move towards sin, (spiritual) corruption, and death—a movement toward nothingness, oblivion. Just as darkness has no being, no essence, because it is simply the absence of light, so too sin and evil have no being; they are the absence of God, of the Source of life. Thus as we move away from the Source of life, we are moving toward death, physical and spiritual.

“This is the condemnation, that the light has come into the world, and men loved darkness rather than light, because their deeds were evil. For everyone practicing evil hates the light and does not come to the light, lest his deeds should be exposed. But he who does the truth comes to the light, that his deeds may be clearly seen, that they have been done in God.” (John 3:19-21)

In our lives we are confronted with this harsh reality: the fact that we so often prefer the darkness of sin. It is hard work to turn toward the light, because so much of our being (our fallen being) prefers darkness. It is the nihilistic tendency of fallen humanity. We engage in self-destructive behavior and commit acts that harm the people around us.

Yet despite this strong desire toward sin, corruption, and death, there is always hope. We have hope because the choice between light and darkness is a life-or-death choice, and who really wants to die? No one.

God wants us to live, and we want to live. So even if we are just barely afloat, drowning in a sea of sin and self-destruction, we are still gasping and grasping for the breath of life. We don’t really want death. The good news—our firm hope and consolation—is that we have a good and loving God Who created us for the good, Who at the completion of creation said, “It is very good.” Our very being desires the good.

So no matter how much we veer toward darkness, there is always the light over our shoulder, inviting us toward our God-given true desire: light and life, peace and joy.

May our good and loving God continue to shine the light of His love in our lives, drawing us away the darkness of a fallen world.

PS In the Paschal greetings above, you will notice variations on a theme. Many of the Slavic Orthodox churches, in their liturgical services, use Slavonic, an older language than what the people speak today. From the Slavonic (listed first above), the Paschal greeting has been incorporated into the various Slavic languages. Two examples are shown, Serbian and Bulgarian, which represent parishioners within our parish.

Fr. Matthew is the second Priest in our parish's history. He was installed on June 25th, 2017. Fr. Matthew came to us from St. John the Baptist Greek Orthodox Church in Las Vegas, NV. He is a graduate of Holy Cross Greek Orthodox Seminary. Fr. Matthew is married to Presvytera Annie, and they have seven children: Dimas, Peter, Débora, Thomas, Joseph, Nicholas and Maria.

Dear Beloved in Christ, Yesterday we celebrated the great feast of Transfiguration. What a joy to ... [ END_OF_DOCUMENT_TOKEN_TO_BE_REPLACED ]

Dear Beloved in Christ, Today is the feast of Mid-Pentecost, on which we commemorate two events ... [ END_OF_DOCUMENT_TOKEN_TO_BE_REPLACED ] 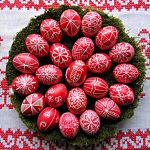