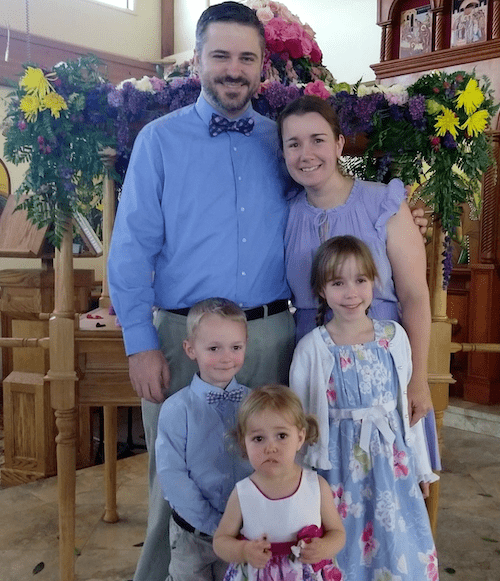 “Do you believe that there is one True Faith? And by that I mean not just that Christianity is true but that there is or can be one right way of worshiping and believing in Christ?”

The year was 1999, I was a sophomore at Whitman College. It was a cool spring night and I was sitting on my friend’s front porch. I had been telling him about how I was studying the pluralism of religions in one of my religion classes. I was totally opposed to the belief that there could be pluralism of religions in the way it was being discussed in the class; the idea that essentially all world religions have some degree of truth to them and that we shouldn’t worry about if any one faith is “right.”

My friend listened intently to my arguments and then took it one step further and told me that not only could there not be pluralism of religions but there could not even be pluralism within Christianity either. He continued, “If we really believe in a God that sent His Son to die for us and told us that He would set up His Church that ‘the gates of Hell will not prevail against it’ then how could all of the more then 25,000 different Protestant faiths be the Truth? God was intentional in everything He did, from the construction of the Ark of the Covenant to the building of the Temple. He did not say, ‘I will build My Church, split into thousands of pieces and let you choose which one works for you…’”

I had never thought of Christianity like this before and it was mind blowing. It was this conversation that turned my lifelong ways of thinking about my faith on their head and set me on my formal path towards becoming an Orthodox Christian.

Growing up, my family attended a Presbyterian church every Sunday. My dad also made sure that we knew about other faiths and other types of Christian churches. We had a number of exchange students live with us when we were younger that were from all over the world and occasionally my dad would just take us to Sunday worship at a different church. I guess I never really thought about the pluralism within Christianity until the conversation I had that night in college.

After that night, my friend invited me to start attending an inquirers class at the Orthodox Mission Church called St. Siluoan where he was already a catechumen. I was immediately struck by the unbroken timeline of the Orthodox Church that the priest shared in the first class. It was like a light bulb went on, and I knew that my friend was right: There just had to be an Ultimate Truth, a Truth Faith that Christ came and died for. It is the only thing that makes sense both Biblically and historically. I felt so blessed knowing that I had found this precious Truth, this beautiful Faith without even looking for it. While the process of getting used to the services and putting the practices of prayer, fasting and confession took years for me to accept, I knew in my heart that Orthodoxy was the Truth.

God has blessed me with a number of wonderful experiences that nudged me along the way to baptism and chrismation. I studied abroad in Italy and through my priest’s connections in Greece I was able to travel to Thessaloniki for Pascha in the year 2000 which was amazing. I stayed with a Greek host family for Bright Week. They were wonderful pious people who showed me all of the historical sights of their city. I have kept in touch with them and visited them three times over the years. They sent their adult children to visit me as well. After college, I met Father Theodore Dorrance and began the formal catechumen process. By the grace of God I was baptized into the Orthodox Church on Holy Monday, 2004 with Archangel Michael as my patron Saint. It is at St. John the Baptist that I have truly felt at home.

Since my baptism, I have made so many wonderful friends here at St. John. This is where I met and married my husband, Bryan Wood, in 2009. Our three children Elizabeth, Ignatius, and Katerina were baptized here at St. John. I continue, by God’s grace and through the prayers of many, to try to live out my faith and teach it through word and practice to my children, a task that I consider to be the most important of my life. Perhaps someday it will be my children speaking with their friends in college debunking the pluralism of faiths and standing up for the one True Faith, the most Holy Catholic and Apostolic Faith, the Orthodox Church.

Dear Beloved in Christ, Yesterday we celebrated the great feast of Transfiguration. What a joy to ... [ END_OF_DOCUMENT_TOKEN_TO_BE_REPLACED ]

Dear Beloved in Christ, Today is the feast of Mid-Pentecost, on which we commemorate two events ... [ END_OF_DOCUMENT_TOKEN_TO_BE_REPLACED ]