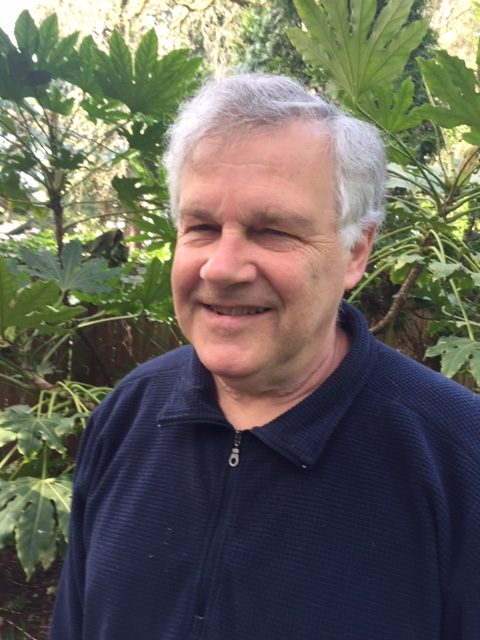 My family was not religious, but we did celebrate Christmas and did Easter egg hunts. We went to the West Hills Unitarian Fellowship where there were educated people and some great field trips; but my brothers and I stopped going as teenagers. By college I thought that the world would be better off without religion—but when challenged about that, I couldn’t articulate goods reasons for it. Some street preachers in the park blocks at PSU got me thinking, and I became a seeker and started going to Koinonia House on campus where I was baptized as a Protestant the week that I turned 21. I met with clergy, but it was all new and strange and lacked structure about prayer, Bible reading, fasting etc.

I started attending a Methodist church locally, but stopped when I moved to Eugene to go to the University of Oregon. After a few years of working and moving around I was back at PSU and on the side took some theology classes at Koinonia House where I met my best friend Doug and two Episcopal priests. Doug and I visited some churches including one Orthodox church in Portland which seemed to have a long tradition, but it seemed rather foreign. We became friends with the Episcopal priests and became members of an Episcopal mission church in Lake Oswego. I liked the high church tradition of communion and smells and bells, and it seemed like a nice blend of Protestant and Catholic approaches, though I didn’t go to confession.

After a few years, the priest decided to marry a woman in the congregation. I moved away for more school and work, attending church only occasionally. I was also becoming more disenchanted with the Episcopal Church’s moral stances on homosexuality and other issues. A scandal in the parish I had attended left me feeling even more distant.

By the time I finally decided to rejoin a church, finding one with a firm tradition that would not be swayed by the winds of fashion was an important consideration. How could I choose the right Protestant church when there were thousands of those with different interpretations of the Bible? I still had problems with innovations like priestly celibacy and papal infallibility; and furthermore I suspected the Catholics of having been subverted. I had become sympathetic to Orthodoxy after reading Byzantine history books by John Julian Norwich.

St John is nearby, and I made an appointment to talk to Father Matthew who was very welcoming and helpful, with an air of sanctity. Proceeding through the catechumen process was a bit of a culture shock but I am glad that I did. Protestants talk of getting back to the ancient church, but the Orthodox Church really is the original one. Paul Jungwirth kindly agreed to be my sponsor and I was received on November 18, 2018.

There are many rich stories in the Gospels about our call to attend to the poor. Those of us who ... [ END_OF_DOCUMENT_TOKEN_TO_BE_REPLACED ]

“Let it be to me according to your word.” (Luke 1:38) Dear Beloved in Christ, Each liturgical ... [ END_OF_DOCUMENT_TOKEN_TO_BE_REPLACED ] 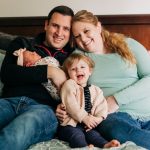 While I was writing this journey and collecting my thoughts, I was reminded of God’s grace in ... [ END_OF_DOCUMENT_TOKEN_TO_BE_REPLACED ]