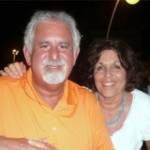 My father was raised an Orthodox Jew. As a child, I remember visiting my grandparent’s home as they prepared for the Passover holiday. They kept a Kosher home, which meant that they followed Jewish dietary rules. During the eight days of the Passover season, we would go down to their storage area and exchange their normal set of kitchenware for the special kosher kitchenware. I didn’t understand why we did this, at that early age, but it was tradition. I also experienced going to their synagogue ... [ END_OF_DOCUMENT_TOKEN_TO_BE_REPLACED ] 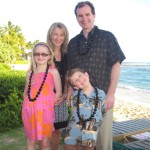 My father was raised Catholic by his Irish immigrant mother. His father, who was a kind and spiritual man, never attended these services. My mother was raised Presbyterian. When my parents began dating, my father had many unanswered questions about Catholicism, including the demand that my mother convert in order for their marriage to be recognized by the Catholic Church. Because of this, they were married in a Presbyterian church in Cleveland, Ohio and soon moved to Seattle where my father ... [ END_OF_DOCUMENT_TOKEN_TO_BE_REPLACED ] 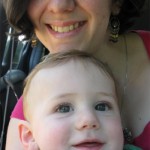 The story of my journey to Orthodoxy is not one involving a major conversion. Instead, since I was born into the faith, my journey has been discovering how important the Orthodox Faith is in my life. My mom took me on my first pilgrimage when I was three-years-old, to a women’s convent in California. Although I don’t remember this pilgrimage, it was the first among many pilgrimages that I would take with my mom and family. The first pilgrimage I remember was a trip to a women’s monastery in ... [ END_OF_DOCUMENT_TOKEN_TO_BE_REPLACED ] 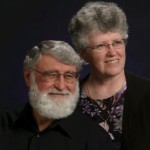 My journey to Orthodoxy begins with a large family tree of Christian relatives. Attending church was the best part of my week even as a toddler. I had a tiny Bible that I ‘read’ constantly. It was my treasure until my own daughter “baptized” it, which made it no longer readable. My first church was the First Methodist Church. As a teen I attended the Methodist Church and the Latter Day Saints Church (part of my Dad’s family have a century long history in the LDS). I was like a dry sponge, ... [ END_OF_DOCUMENT_TOKEN_TO_BE_REPLACED ]

There are many rich stories in the Gospels about our call to attend to the poor. Those of us who ... [ END_OF_DOCUMENT_TOKEN_TO_BE_REPLACED ]

“Let it be to me according to your word.” (Luke 1:38) Dear Beloved in Christ, Each liturgical ... [ END_OF_DOCUMENT_TOKEN_TO_BE_REPLACED ]